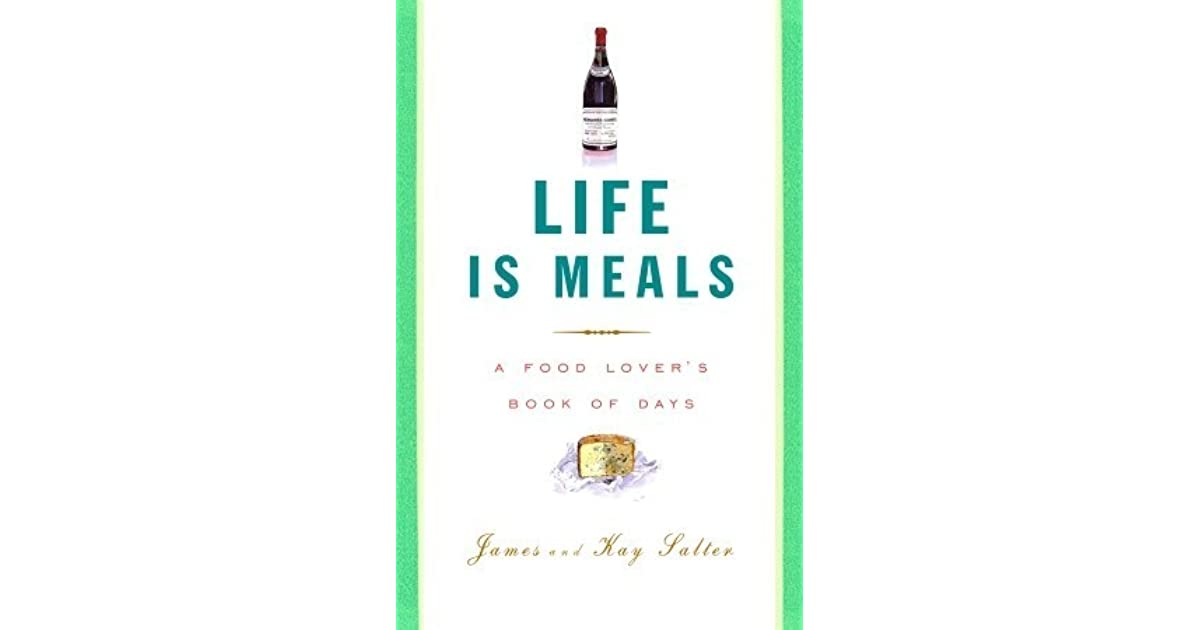 Cooking on faith: Life is an everlasting meal

Cooking is an act of faith, I think.

When we follow a recipe, we are entrusting one of life’s simple but profound pleasures to (oftentimes) a complete stranger. We have a finite supply of meals to enjoy in our lifetimes, which is likely part of why decisions on dining out can become so fraught. It’s too morbid to compile the arithmetic on a lifetime’s worth of meals, but in a year most of us will eat between 730 and 1,095 meals. Enough it seems to take the occasional leap of faith, but not so many that we should be promiscuous with whose culinary guidance we trust. More than a few meals must be acts of pure necessity — work, maintenance around the house, the children’s schedules, all of these and sometimes in combination, may necessitate dreary meals of survival: cold leftovers, some sort of taffy-like bar, eaten at one’s desk or on a bus. Subtract these meals (a hurried lunch every day for some) and our annual allotment of simple but profound pleasures dwindles considerably from that once mighty total of 1,095.

Too many of us, myself included, often simply turn to the internet and search for whatever dish we think we have a taste for that night. This is a mistake, I think.

Far better I think to find a handful of trustworthy guides, in whom to place one’s faith, warranted by proof of their dedication. Dante, for example, in seeking a guide through the inferno did not throw his lot in with just anyone. The shade of Virgil, the greatest poet of Rome, appeared before him and offered a guiding hand, which Dante clung to, knowing Virgil by word and reputation.

A kitchen is not hell, although given some spattering oil in certain unfortunate cases there may be some similarities. But when one is famished and it’s near to six, a dormant kitchen can feel like purgatory. Without the smells of something baking or simmering, many kitchens feel uninviting. A kitchen without cook or cooking is a nothing-place — an in-between zone like the Purgatory through which Dante found solace in having Virgil, his guide, by his side. It’s here the traditional cookbook and internet recipe sites fail the amateur chef, with their strict directions and too-orderly, inorganic hard numbers. What is needed at this critical juncture is not a checklist of figures and calculations, but inspiration. Inspiration for us to look anew at picked-over cabinets and a nearly bare fridge, to steel our resolve to do something above average, however simple it may be. Simplicity and elegance live near to one another. But opening a typical cookbook at such a late hour is like the incorrigibly unfit downloading another new exercise routine. If all it took was a list of weights and measures to work out, then all of America would be Venuses and Adonises.

One must reach for a different sort of book, one that may have recipes but also offers a philosophy, not just of cooking but also of living, for those two acts are of the same breath.

Here, I’m venturing onto shaky ground. If a recipe requires an act of faith, then a book recommendation requires multiple. Any serious reader who recommends a book — thoughtfully matched to a fellow traveler’s circumstance — does so with a prayer that the book will actually be read. Even more so if the recommendation is accompanied by a copy of said book. And as for the recipient’s side of the bargain? One finds the book recommended or opens the book given with a certain amount of trepidation. Is this worthy of my time? How much do I trust so-and-so to know a good book from a bad book?

With that in mind, there are two books that I know of that are capable in a few pages’ time of inspiring any home chef, not just to cook better, but to live better.

The first is “An Everlasting Meal: Cooking with Economy and Grace” by Tamar Adler. Wait you might say, isn’t she a stranger, no different from the very same whose recipes live on the internet for free? No, because after the second page of “An Everlasting Meal,” most readers, I think, will have found their Virgil in culinary matters. I know this about her: Adler is an exquisite writer of economy and grace, she can cook. And she is a fellow traveler — on the path, only so much ahead.

From Page 2: “When we cook things, we transform them. And any small acts of transformation are among the most human things we do. Whether it’s nudging dried leaves around a patch of cement, or salting a tomato, we feel, when we exert tiny bits of our human preference in the universe, more alive.”

Amateurs, fear not, the first chapter is called “How to Boil Water.”

Spend time with Adler. She will teach you how to see ingredients, not as the gears and cogs of a recipe, but as delights as worthy of celebration as the finished meal itself.

The second book is “Life is Meals” by the late James Salter and his wife, Kay. Though others received more recognition, Salter is the most likely to endure of the post-World War II American novelists. He was a fighter pilot in Korea, an Ajax skier, a screenwriter, and the type of author who learned how to rock climb in his 40s, the better to write about it. He bought a house in Aspen in 1969 for a sum that barely buys a car now. Kay is a poet, her writing in “Life is Meals” imbued with wisdom and charm. These are not strangers. The Salters are the dinner-party hosts whose summer table one wishes to linger at forever. But the sun sets eventually, even in July. Fall follows. Later, cold winter nights. Tinsel. And then it’s all over, or you could start the book again. …

… From the beginning, Page 12, Jan. 1: “Among all peoples and in all times, every significant event in life — be it wedding, triumph, or birth — is marked by a meal or the sharing of food or drink. The meal is the emblem of civilization. What would one know of life as it should be lived or nights as they should be spent apart from meals?”

“Life is Meals” is even easier to dip into and out of — there’s one entry for each day of the year. Some entries are recipes, others are Aspen lore and gastronomic trivia, still others explore the art of hosting … A few paragraphs, sometimes a few pages. Simple, but profound pleasures, every one. Keep it close at hand, on a counter, a table, somewhere that invites browsing. It’s a reminder, not of how to cook, but of how to live and how to enjoy. If you can remember to make time for the latter, I have faith you will figure out how to do the first.

A version of this piece appeared in the Aspen Daily News as an opinion column.