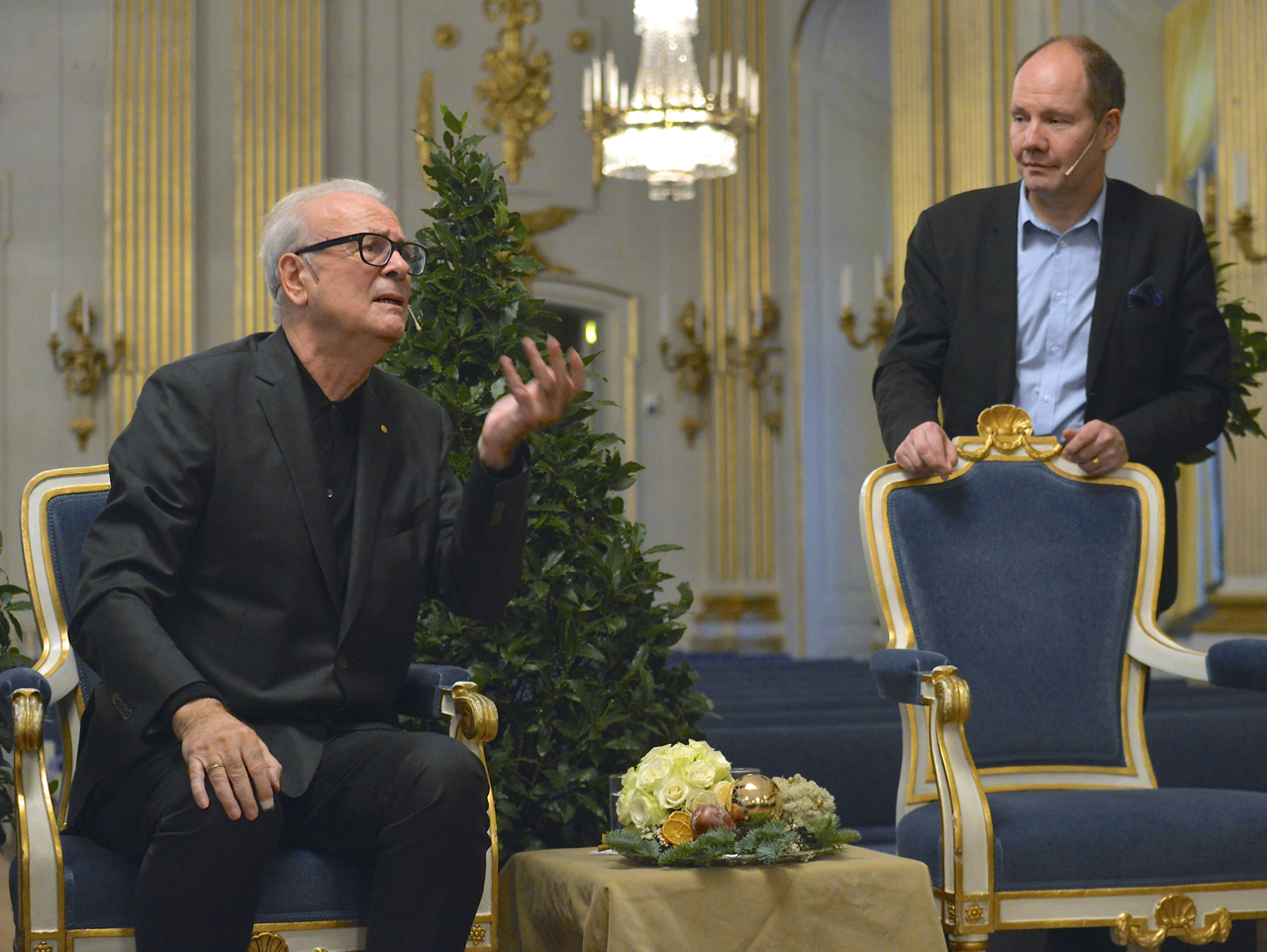 Out of the past: Patrick Modiano is literature’s most underrated Nobel winner

I despised the first book I read by Patrick Modiano. Too vague, too inconsequential, I thought.

The French novelist had just won the Nobel Prize for literature in 2014. Then, I was too young to appreciate the reclusive author’s work. Modiano writes slim novels about memory, forgetting and troubled pasts. His critics and fans say he writes the same book over and over. Modiano has said as much in rare interviews: “[I am] always writing the same book.”

Modiano’s biography is like a sketch that has been smudged by handling, but some facts are relatively certain. He’s written over 30 books since the publication of his first in 1968. He was born not far from Paris in 1945. His Belgian mother was an actress. She had roles in movies made by Continental Films, a Nazi-controlled film company that was established in Paris in 1940. Modiano’s father, Albert, was a businessman who survived World War II in occupied France by collaborating with the Nazis as a black marketeer. Albert was Jewish. He was arrested during the occupation but somehow escaped deportation. He lived under assumed names.

In Modiano’s Nobel address, the author explained, “Those who lived in that [occupied] Paris wanted to forget it very quickly or at least only remember the day-to-day details, the ones which presented the illusion that everyday life was after all not so very different from the life they led in normal times. It was all a bad dream, with vague remorse for having been in some sense survivors. […] But faced with the silence of our parents we worked it all out as if we had lived it ourselves.”

Modiano’s early books shine a light into the dark corners of French history, the days of occupation and collaboration the French would have liked to forget. In those early novels, Modiano struggles with the burdens of history — his father’s and his country’s. I wouldn’t recommend anyone start with those first few books, “The Occupation Trilogy.” He had not yet hit upon his signature combination of hypnotic, staccato prose, film noir-esque atmosphere (no one does low-lit streets in fog and drizzle better) and meditations on human memory. The youthful outrage obscures his true talents, like a young artist experimenting with graffiti.

Modiano has continued to write about ­collaborators, black market dealers, grifters, pimps and prostitutes, private detectives and burlesque dancers — characters who assume and shed identities the way fashion models change clothes. Through his father, Modiano had access to a world hidden from the view of most upstanding Parisians. In the novels that followed “The Occupation Trilogy,” Modiano writes about Paris’ underbelly so subtly that the reader feels like a Parisian on a lunch break strolling the city streets, passing by the open door of some shadowy saloon and catching a glimpse of the crooked characters inside and a patch of treacherous conversation before a scarred bouncer shuts the door again. Nearly all his books are mysteries of a sort, but the crime always takes place far off camera, and the trail is so cold that it’s practically nonexistent.

When I began inhaling Modiano novels a year or so ago, it was like reading a different author, one who spoke to me. Six years after my first attempt at reading Modiano, I, like the characters of his books, now had large blank spaces in my ­memory — ordinary but pleasant days lost to time, episodes of distress reduced to outlines as though little more than a tally in a ledger. Life had taken twists and turns. Series of events that had led me here or there had turned into knots I can no longer unravel.

I have just three or four of his books left to read. A single Modiano novel may not be all that remarkable, but read in succession his work has an uncanny effect. It accumulates in the reader’s mind, creating the sense for the reader of the fading memory itself that Modiano is constantly examining. Like the characters of Modiano’s books, the reader begins asking: Have I been here before? Is that the same character or simply someone with the same name? Do I really remember her face — this character? Have I read this all before?

Sometimes in the books, a character from another novel will make a cameo, or be mentioned in conversation. Another shred of backstory will be revealed. This somehow makes Modiano’s Paris, his world, feel more real. It’s as if Modiano’s world is not confined to the pages between covers, but somehow extends beyond; it is all connected, as though even after the reader closes a Modiano book, the world of the writer persists, continuing forward even without the reader. Each Modiano novel is only a snapshot of a world in constant motion, always forgetting and moving on.

I believe Modiano is reminding readers to stop and remember, or try to remember, the path one took to “here.” Modiano’s characters ruminate in a way becoming uncommon as the modern world bombards us with ever more distractions. Reading Modiano says: examine your life, pick up some of the loose threads, see where they take you. What has become of some of those specters who pass through our lives, captivating us temporarily, before receding into the darkness of memory? Like a strange sound in the night that keeps us awake until dawn that we forget in a matter of days. How critical a thing can seem for a moment. Modiano reminds us that time decides which events and persons are essential to the story we tell ourselves about our lives. But perhaps we can have some say, too.

Modiano does this all with hardly a word unfamiliar to a middle-school student. A strain of hope runs through each of his works. His characters struggle to do so but often are able to rescue pieces of the past — memories — from oblivion. Sometimes they may resurrect painful episodes, but something is still being reclaimed, and that is a victory of sorts, I think.

In 2014, the announcement of Modiano’s Nobel win was met with a chorus of “Who?” in the English-speaking world, though nearly all of his books have been bestsellers in France. A deeply private man concerned with the vagaries of identity and forgotten souls, I suspect Modiano might have appreciated that response to his name.

Some favorites from Patrick Modiano’s extensive bibliography: “Little Jewel,” “Invisible Ink,” “Out of the Dark” and “Such Fine Boys.”

A version of this piece appeared in the Aspen Daily News as a column.