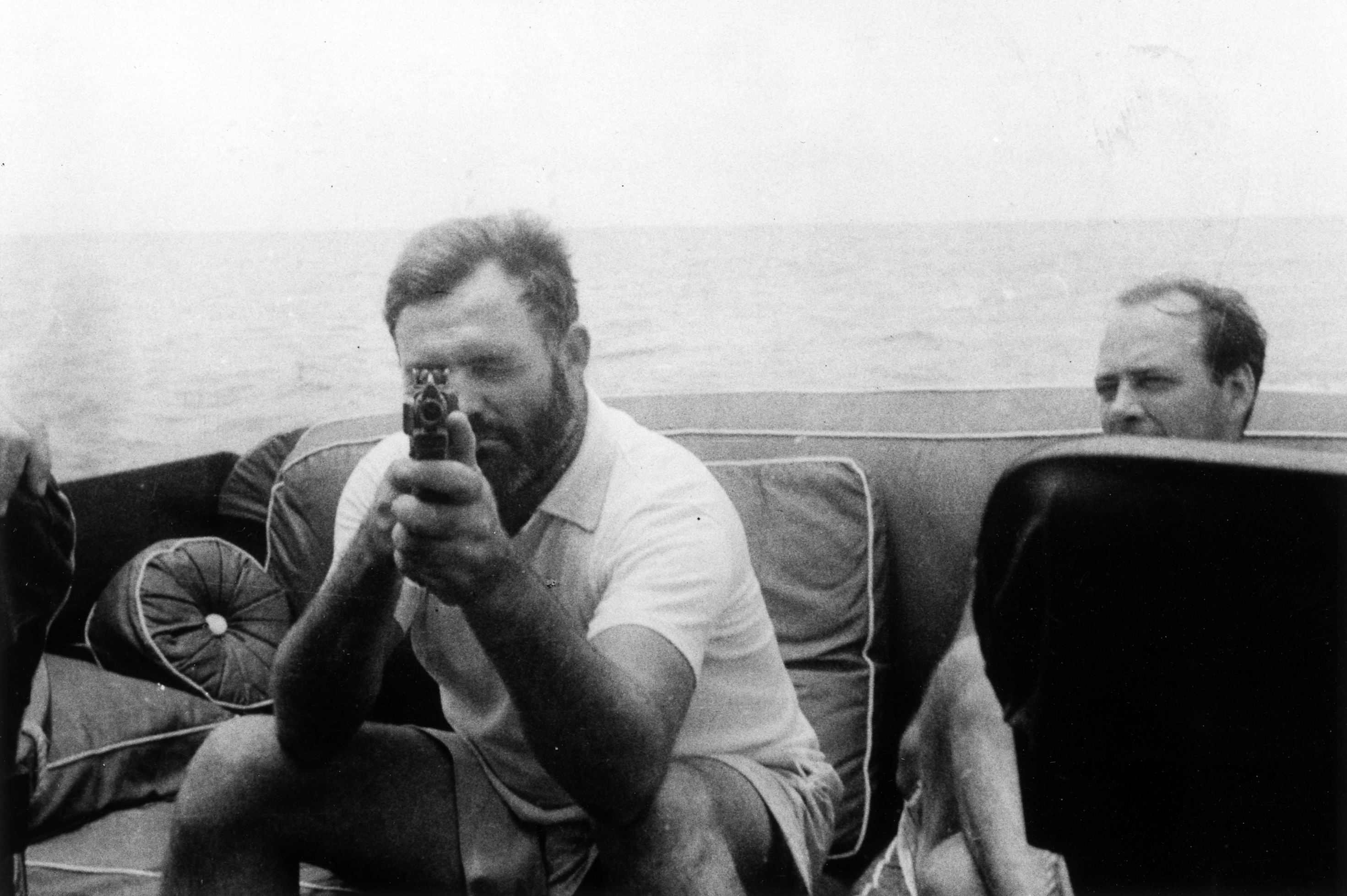 The redoubtable importance of Ernest Hemingway

I began watching Ken Burns’ “Hemingway” documentary recently, via the PBS app on Roku. In my mind, I imagine Ernest Hemingway as a red-sashed officer daring death atop a parapet, wounded by snipers but still refusing cover.

Every charge has been leveled at the man — a process that began while he was still alive and continues today, seemingly in an effort to pile up enough moral failures that we should dismiss his books. Is anyone surprised to learn that a writer is more admirable on the page than in his own life? Personal flaws may pique the interest of critics, along with biographers and their readers, but genius compels us to forgive. Or at least to make allowances. I’m thinking of — among others — Caravaggio, a likely murderer; Ezra Pound, a fascist; and Celine, a Nazi sympathizer.

If a handful of podcasts and college lectures I listened to recently are to be believed, now in fashion is the idea that the work itself is unimportant, that if Hemingway with his iceberg theory, precise style and journalistic observation had not ushered in a new, modern era in American letters, then certainly someone else would have. Perhaps. Although, if nearly a hundred years after the author’s first novel was published, one must argue at written length for said novelist’s unimportance it seems the issue has already been decided in the novelist’s favor.

With Hemingway’s being — too macho, too swaggering — out of favor with the present critical moment, and his books reduced to “honor” and “grace under pressure,” it’s no surprise that he’s dismissed on college campuses. But he is still read elsewhere, and far from the academy walls, in my experience, some of his books still matter. For all I would have missed, I’m thankful my study of literature was conducted without university interference and in the absence of any academic criticism.

My first newspaper job was covering sports in a small town in Montana. I wrote on the sports page one day about “The Old Man and the Sea” — essentially nothing more than how much I liked it (there were pages to fill and school sports were out of session).

Writing that story led to a long conversation with a reader who had liked the piece. The reader said he knew what Hemingway was talking about, how at some point in the struggle with the fish Santiago had lost all sense of where he ended and where the fish began. It was a hard thing to describe, but Hemingway had done it. The reader, a veteran boxing trainer, had felt that, too, in hard spars and certain fights when his opponent had pushed him to someplace he didn’t know he could go. It was like dancing. An invitation to “hit some mitts,” to box a little followed.

Despite my early clumsiness, I was tolerated at the gym. A year later, I left a sparring session bloodied and slathered in sweat, for a few rounds having lost all sense of dimension. The literary had become physical. I felt an appreciation and a calm, like a Buddhist upon the understanding of things.

Not long after I went to Spain. As my girlfriend and I took our seats in the upper level of the arena for our first bullfight, someone shouted, “Eh-ming-way” in our direction. A group of tanned old men beckoned us toward their seats. In pitiful Spanish I confirmed what was obvious — we were Americans — and what was slightly less obvious, that Hemingway was a favorite author of mine and I had read all his books. What followed were introductory lessons in the dying art of the aficionado. A few weeks later, in a smaller Spanish city, my girlfriend and I each held the muleta, the matador’s sword. We made clumsy attempts to slay bales of hay while the young students of the local bullfighting school laughed.

In an even smaller Spanish town, we walked into an abandoned-looking tapas bar at the behest of a friend who lived nearby. It was near closing time. The perfectly bald but thickly mustached bartender poured a round of drinks for us, his only customers. In brief conversation I asked what else did he like to do, did he have another job? He beamed. He was a poet. Lorca, Miró, I offered, exhausting my reading of Spanish poets. When I told him I was a writer, a reporter at least, he growled, “Eh-ming-way” and grabbed my shoulder and brought my forehead close to his.

We each attempted to explain the literature we loved. And as we raised each shot, that beautiful Spanish shout became a toast, “Eh-ming-way!”

At dawn my girlfriend and I stumbled home, the Mediterranean a dozen feet to our right and roaring against the rocks. Other things happened that night, memorable, but I won’t talk about them here.

There are other things I can tell you about. My father’s office — in it, dark wood bookshelves that reached the ceiling, towering over a boy, on one shelf in pride of place a handful of paperbacks all by the same writer. From that shelf I took down a worn, soft-cover copy of “A Farewell to Arms” and opened its creased spine, delicate as an artifact, and saw that each page had been yellowed and colored by age like a sunburst — the edges darkened, but the middle, where the text was, still bright.